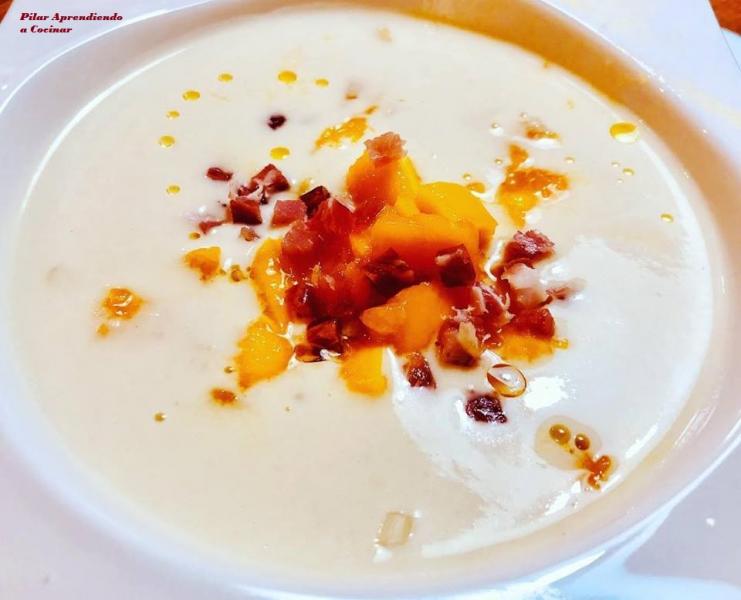 We have had friends at home and we have decided to prepare a white garlic soup for the very first time and the result has been surprising :-) This is a very popular cold soup in the Andalusian cuisine (Granada, Jaén, Córdoba, Málaga and Almería mainly), and Extremadura and consists of bread, ground almonds garlic, water, olive oil, salt and sometimes vinegar. It is usually served with grapes or pieces of melon. We have added mango dices (thank you Ivan for your great recommendation ;-)) and the result is incredible, very yummy. This dish may have had its origin in the Roman gastronomy, or, more probably in the Greek gastronomy. It is considered a variant of Andalusia Gazpacho, as it is based on bread, oil and garlic. We really hope you enjoy the result as much as we did: